Brought on by Mercer Scaffolding, the design needed to incorporate a full perimeter scaffold to allow enabling works to be carried out, taking into consideration the Grade II listed status of both buildings. The scaffold design involved: a gantry scaffold at the front elevation to minimise impact on the existing shops and to allow pedestrian foot fall, a loading area at the front elevation with a fully designed lifting beam to allow loading and unloading of material from a lorry at kerbside, an independent scaffold at the rear of the property and a bridged scaffold spanning the neighbouring property on both the left and right hand sides. 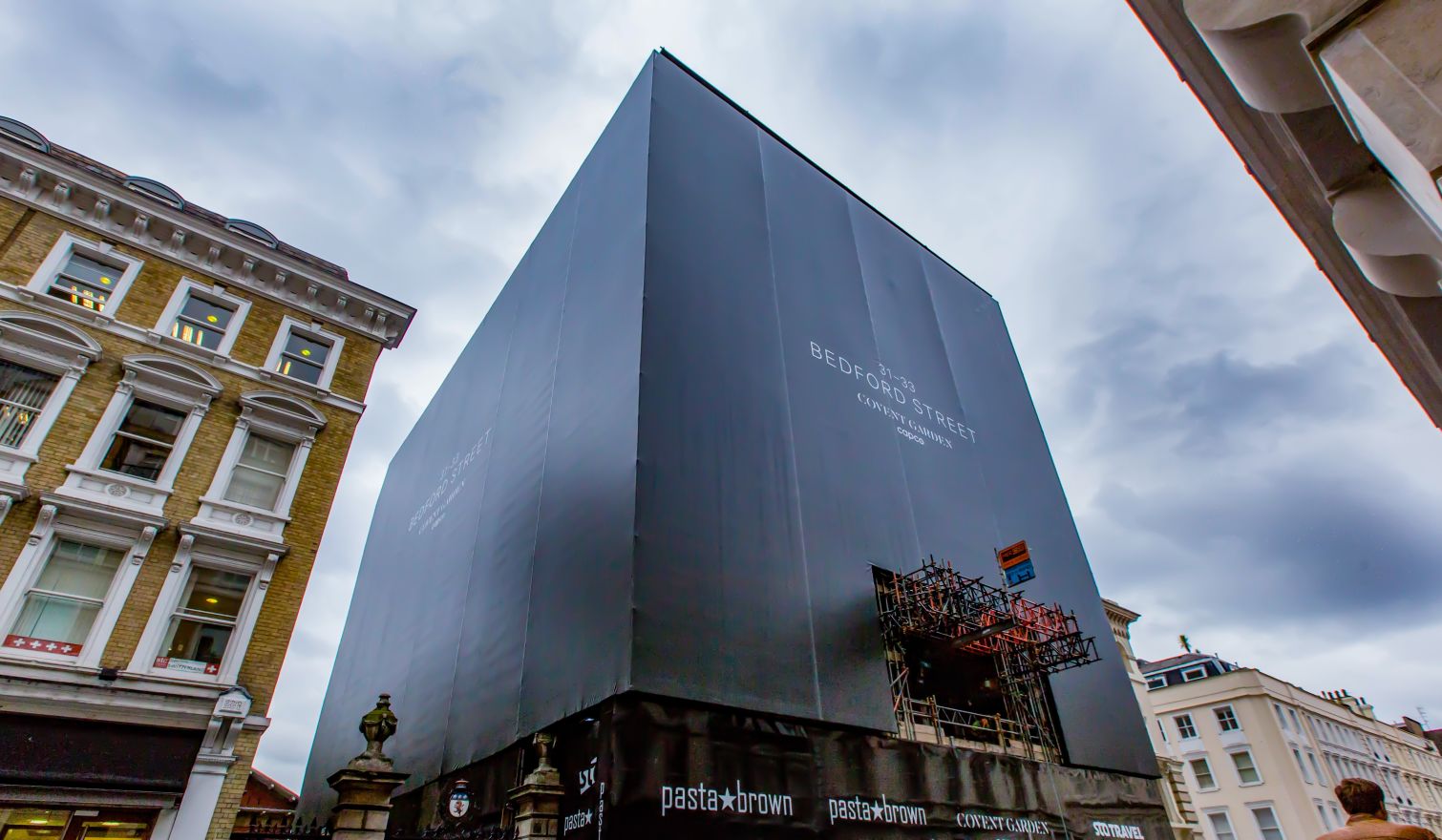 The public and commercial location of this temporary works project meant safety, practicality and minimal impact were all crucial factors in the design. Heavy footfall, fire exit accessibility and shop front visibility all had to be taken into account. Further to this, due to the age and listing of the existing building, the building line was at an angle, with the bottom protruding further out and the top further in, therefore the scaffold needed to be on a splay with a slight angle. This made the design more complex as the structural elements were not perpendicular to the façade.

As the footfall in the temporary works area was so heavy, the council instructed that the minimum width from hoarding face to hoarding face on the Bedford Street elevation was to be a minimum of 2000 mm. Narrow towers were designed to allow the scaffolders to build the tower with standards in close proximity to each other, whilst allowing the fixing of couplers with a spanner.

A particularly testing part of the design was to ensure that the rise and goings of each stair tread matched at each flight, with flush landings, to minimise risk of trips and falls by site workers. After numerous iterations and ratio adjustments, the optimum staircase was designed with maximum safety in mind, communicating specific tread detail notes to the scaffolding erection team.

The outside scaffold of the side elevation had to be flush with the column to allow a smooth hoarding finish, reducing obstruction to the public. A gantry was designed to allow the independent access scaffold to return around the structure with standards punched off from the gantry beam.

Towers on the inside had to be located at existing column positions so that shop front displays were not obstructed and exits/entrances were kept clear. This was challenging as more standards had to be designed in a narrow space within the tower to take the axial loads from the temporary roof. Additionally, the inside towers had to be tight against the columns taking into consideration the cornices that surrounded the facade, at various heights and protrusions. A 1280 mm deep Dessa Astrix beam was designed to form spine beams to carry the huge gantry loads whilst maintaining the large openings, and gantry beams were designed to carry the puncheon standard loads. As well as this, all entrances/exits on the side elevation had to be kept clear of scaffolding to allow maximum access for site personnel and fire exit routes. This considered, the design included bridging beams with double support standards at each end to cope with the high leg loads and provide clear access to openings.

Pavement vaults existed on Bedford Street (front elevation) and Inigo Place (side elevation), resulting in the design of a backprop scaffold to transfer the high loads to the ground. 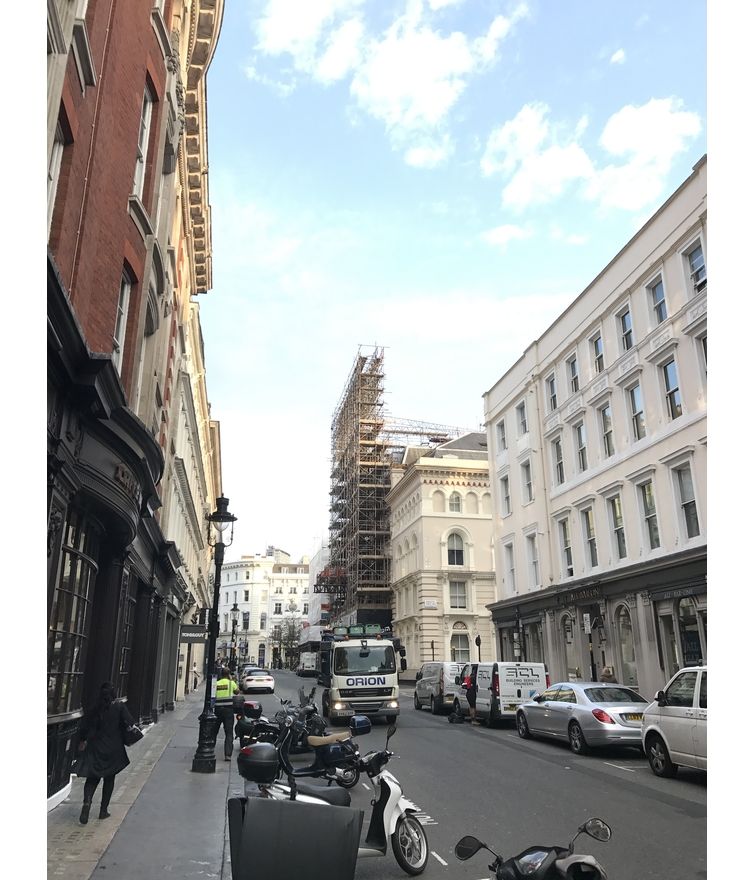 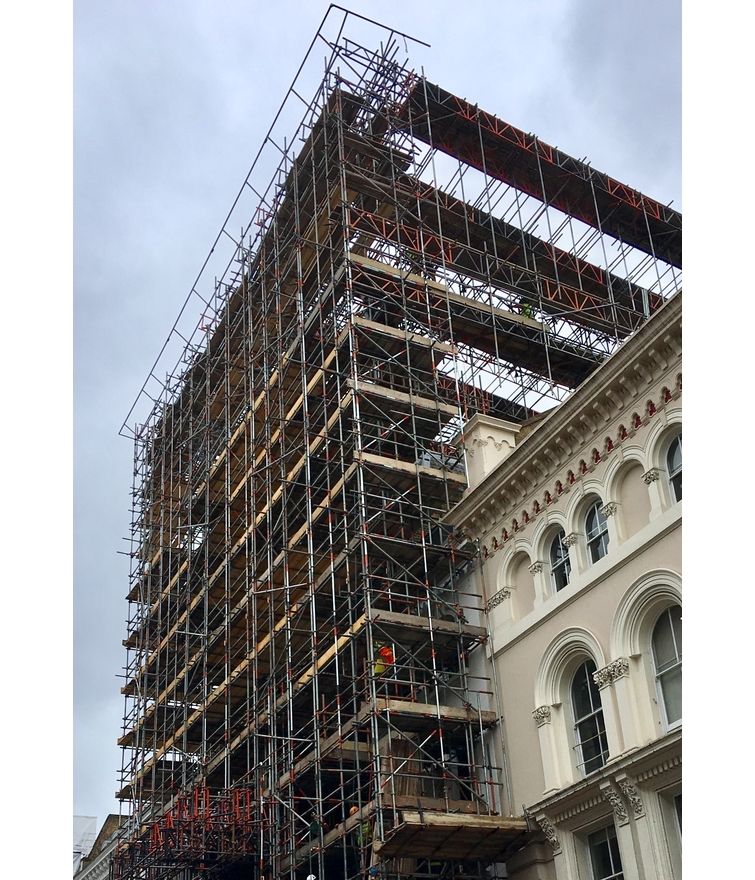 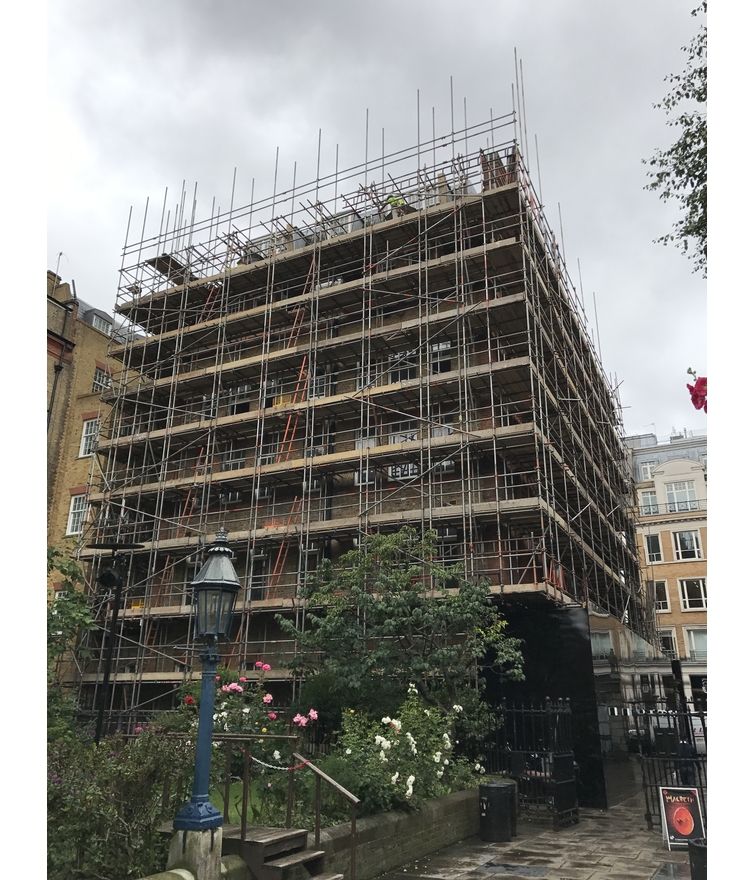 Careful consideration, forward planning and consistent effort from the 48.3 team meant that this temporary works was project completed within the timeframe despite impending pressure from the very specific requirements. The safety of the public and site personnel was of paramount importance, in terms of using the scaffolding and the existing structure whilst temporary works were ongoing. Keeping the busy site functional as a commercial area added another element of difficulty to the project, as shop facades, deliveries and footfall all needed to be taken into account.

The result, however, was extremely successful and enabled the continuation of commercial activity whilst supporting the refurbishment project at hand. 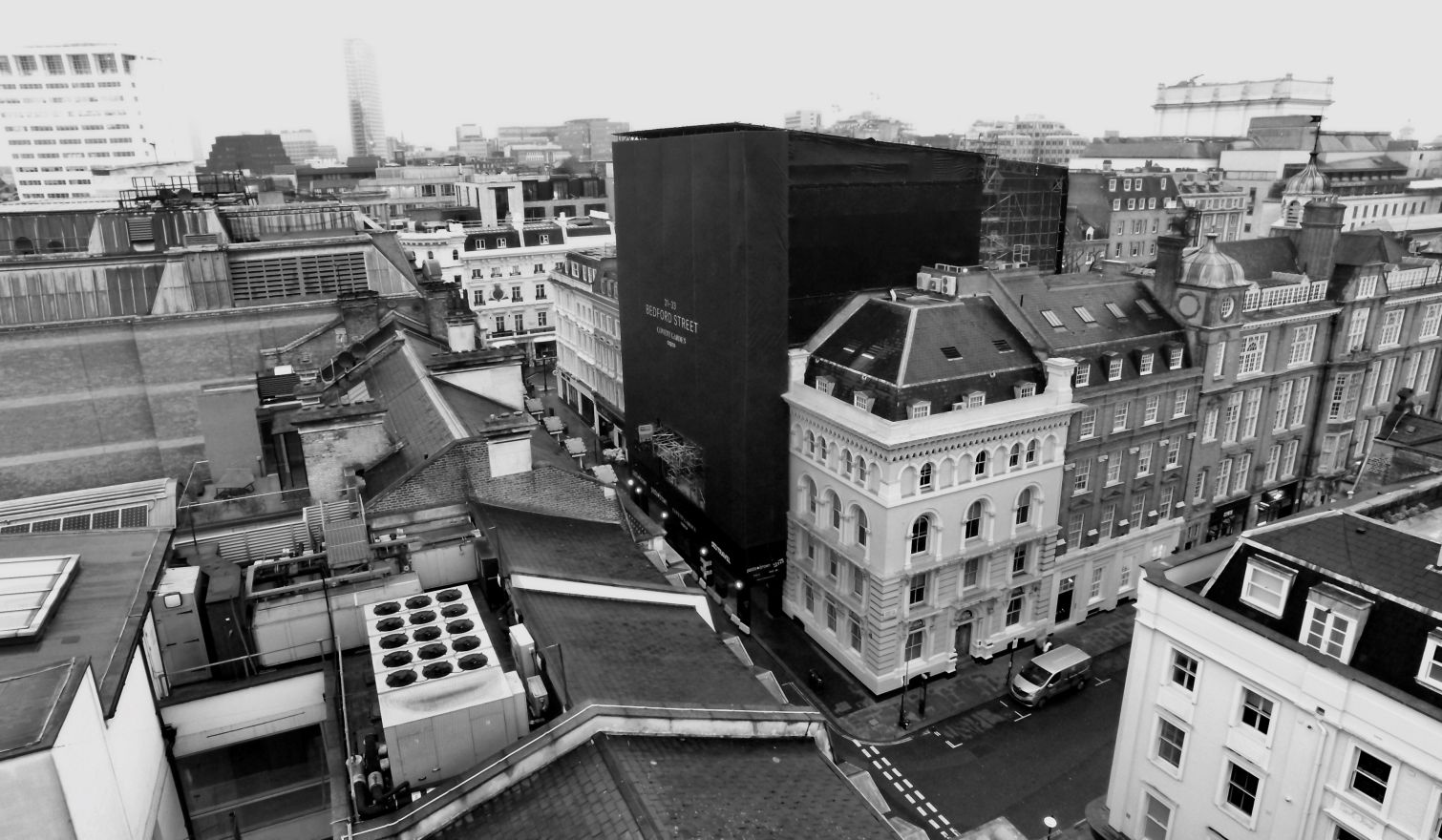